Self-harm and bulimia sparked by bullying

American actress Demi Lovato told 20/20 recently that schoolyard bullying led to over-eating when she was eight. 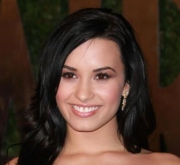 Perhaps it could it have been alleviated. Particularly early on when the problem began if she had been more open and informed her parents.

One thing that helps situations like this is when the parents help the young expose the bullying. (Often the kids are so ashamed and afraid they don’t tell anyone, even their parents). When the parents know they can involve the offending youngster’s parents – the bully’s parents – as well as the school.

While of course we don’t know specifically in Demi’s case, we do know that her isolation and her avoidance of the conflict probably made her bulimia worse.